The beauty of Baldushk village Baldushk  is located 15 km in south-western part of Tirana. The stream of Zhullima flows along its territory. This village is composed of fields, small up to medium hills, slopes and valleys. The panoramic valley of Baldushk is a combination of a flat relief with the hills and mountains around. It is a fantastic place for a family weekend, but also for tourists who love the nature, rivers, mountains and agrotourism. Ancient History Looking back to the history of the village, the facts show that it is inhabited since the ancient times. There are some tracks of an ancient household that have been discovered in the village Kocaj in the region of Baldushk, which belongs to 1st century BC. There are also some ceramic fragments here which testify the existence of a village inhabitation. There have been found also to plinths of ancient sculptures, even in fact are badly damaged. These sculptures is thought to belong the second century A.D, and now they are exhibited at National Archaeological Museum.  In addition, five mortal Roman monuments of over one metre were discovered in June 2010. It is thought that they belong to III-IV century A.D., and they were put on the graves as their protection. All the five monuments are sculptures which belong to the Roman period. It is thought that these bas-relief sculptures were inscribed in a local workshop. The natural beauty The waterfall of the Rock Askolaj is flowing from the rock with the same name "Askolaj". It is found in the village Kakunja and it is 25-30 m high. However, little is said about the special beauty of the waterfall with a basin where water flows. The waterfall is  surrounded with greenness and just like an oasis; it creates the opportunity to spend the day nicely enjoying the beauties of the nature close to the capital. “Bokerrimat e Mustafa Kocajt”, is another beautiful and rare place to visit. They are found on the hills of the village with the same name, at an altitude 150-200 metre above the sea level. They are result of the activity of nature factors and the uncontrolled intervention of man in the environment. There are no natural lakes 1n the region of Baldushk. However, there are 8 artificial reservoirs that arc used for breeding of fish.  To go to the Baldushk you use the motorway Tirana-Baldushk. Let's explore together Kakunja Waterfall 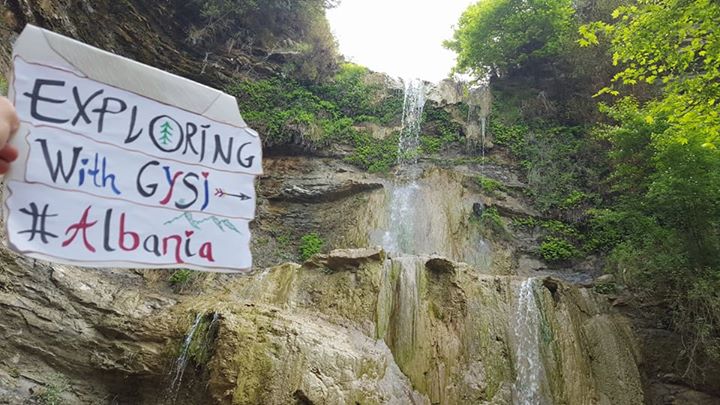 Other Experiences In Tirana

Starting from Scanderberg Square we walk...
No Travellers
Rating : n/a

Running in the Grand Park of Tirana

Located just outside the city of...
No Travellers
Rating : n/a

Paddle on the Tirana Lake

If you are ready for a...
No Travellers
Rating : n/a

Cave of Pellumbas tour in Tirana...
No Travellers
Rating : n/a